Why The Herbs And Spices Are Powerful Tools For The Health?

Before discovering the benefits of spices and herbs, it is good to know the history, from where they have come from. The history of spices has turned around the Middle East and South Asia countries along with their trade practices around 1550 B.C. When it comes to herbs, the plants have started using as herbs, which has been essential to all cultures or tribes for many decades. Previously, spices were imported from countries like Africa and Asia. This is the main reason why they were more expensive at that time, than now. Herbs have been used for food and medicinal purposes by hundreds of tribal cultures since the 15th century.

It is believed that the ancient Egyptians conserved their mummies with them. In the bible, there are also some herbs and spices, which were grown in the Garden of Eden and prized. After the Chinese and Korean, the spice traded was developed by the Europeans throughout the Crusades. There was an East India company, which was formed by the Dutch in the 1600s, which has become one of the most dominant trading companies in history.

HERBS AND THEIR IMPORTANCE IN HUMAN BEING LIFE

How the herbs and spices are beneficial?

Have you ever thought the herbs and spices can be beneficial for your body? Yes, why not, as our ancestors used them for a healthy and disease free body! Many of us have taken a complete advantage of the herbs and spices for their bodies. Using spices and herbs as seasonings and flavorings for food like the ancient people used, can give us a plethora of benefits. Read further:

Its other benefits include promoting healthy weight, skin and hair. Like, in the India, spice and herbs have been used for thousands of years for both the health and culinary purposes. Apart from Indians, Chinese, Romanians, Greece, Arabians, Muslims and Europeans realized the importance of herbs and spices because of healing and medicinal properties they have, and used them for many centuries.

INDIAN SPICES - SIMPLE TO USE, UNIQUE IN TEST 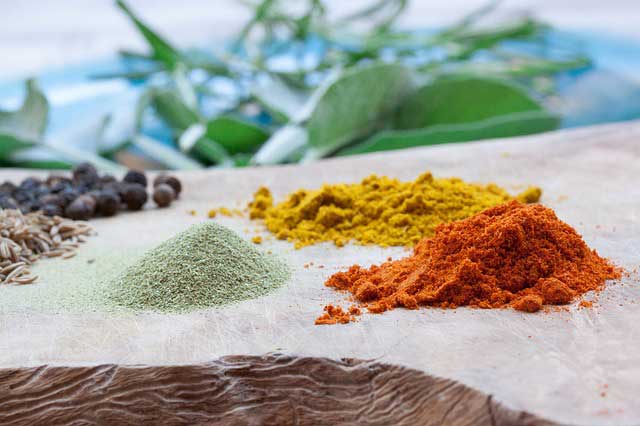 It is always preferred to use them as fresh because the dried herbs and spices might lose flavor with the time. A combination of herbs and spices can be used to cook foods, flavor them as well. The list includes sago, turmeric, kalonji seeds, dry fenugreek, Indian gooseberry, Sanay Patti, mulethi sticks, safed musli and many others. In terms of medicinal use, we can take them as an alternative to modern medicines, as the ancient people used them already.

Posted in Herbs Indian Spices By